How is social network being developed?

New app is released, we have took the backend over, we learned many functions interesting for your business Fiddo was without a doubt the biggest project SYNETECH has worked on so far.

In fact, even though the result is in the form of a mobile application, it is a full-fledged social network that we have been developing for over two years.

Due to the technical and time demands, we have learned a lot of things. We decided to bring you closer to those things, because you, as our future clients or colleagues, can benefit from them when creating applications.

Up to the Unknown

The first difficulties for giant projects come even before the programming begins. At the beginning, it is virtually impossible to estimate the final size of the app. Especially, if it should contain, let's face it, almost everything conceivable.

The assignment for the Fiddo development came in the summer of 2017 and by the end of the year the application was supposed to be finished. It definitely wasn't an MVP (minimal viable product), but from the beginning it was supposed to be an app that gives a dog lover everything he or she wants - from implementing tracking collars through family activity sharing based on who is just walking the dog, vaccination term reminders, sharing photos, chat…

Any development agency regardless of its size, wasn't capable of doing that, so we modified the application in agreement with the client and began to do everything step by step and add functionality one by one. Also there was an assignment.revision, during which we went through the functions together with the client, clarified each other's expectations, agreed on a budget and the development could begin.

Not only the programming but also the backend

The fact that one has to solve difficulties and unexpected challenges while programming a mobile applications is not surprising for any developer or client. Fiddo was no exception in that. After all, it was a bit unexpected when, in addition to development, we had to start solving the entire backend ourselves.

What needs to be working in the background?

For example, notifications handling, chat and management of huge amounts of data. Also to capture the right way to get data to each user without them having the need to download it (and not getting them depressed by phone bills).

The client liked our proactive approach, so he suggested we take care of the backend entirely. And that was a big challenge, because during the development of mobile applications, it is true that taking code over is the worst scenario and it is usually easier to start programming from scratch. A challenge is a challenge, so at our SYNETECH holidays have been canceled, teams have been rearranged and everything has been done in order to make everything succeed within a month . During that time, we reviewed the code, suggested ways to take care of the application throughout its life, streamlined maintenance, and also educated the client about what everything needs to be handled by the app's backend. The result was a happy end in Lady and Tramp style - a satisfied client and a functional backend.

After two years of programming, Fiddo is out and we are very happy about that. Not only do we like dogs ourselves, but we also learned a lot of useful things during development.

For example, the lost dog functionality, when notifications begin to pop up to people in a logical radius, where the stray dog ​​could be found. Or a map full of suitable and interesting places for dog owners, working with chat, notifications … Anyway, just download the Fiddo app and judge for yourself. (links to the store) 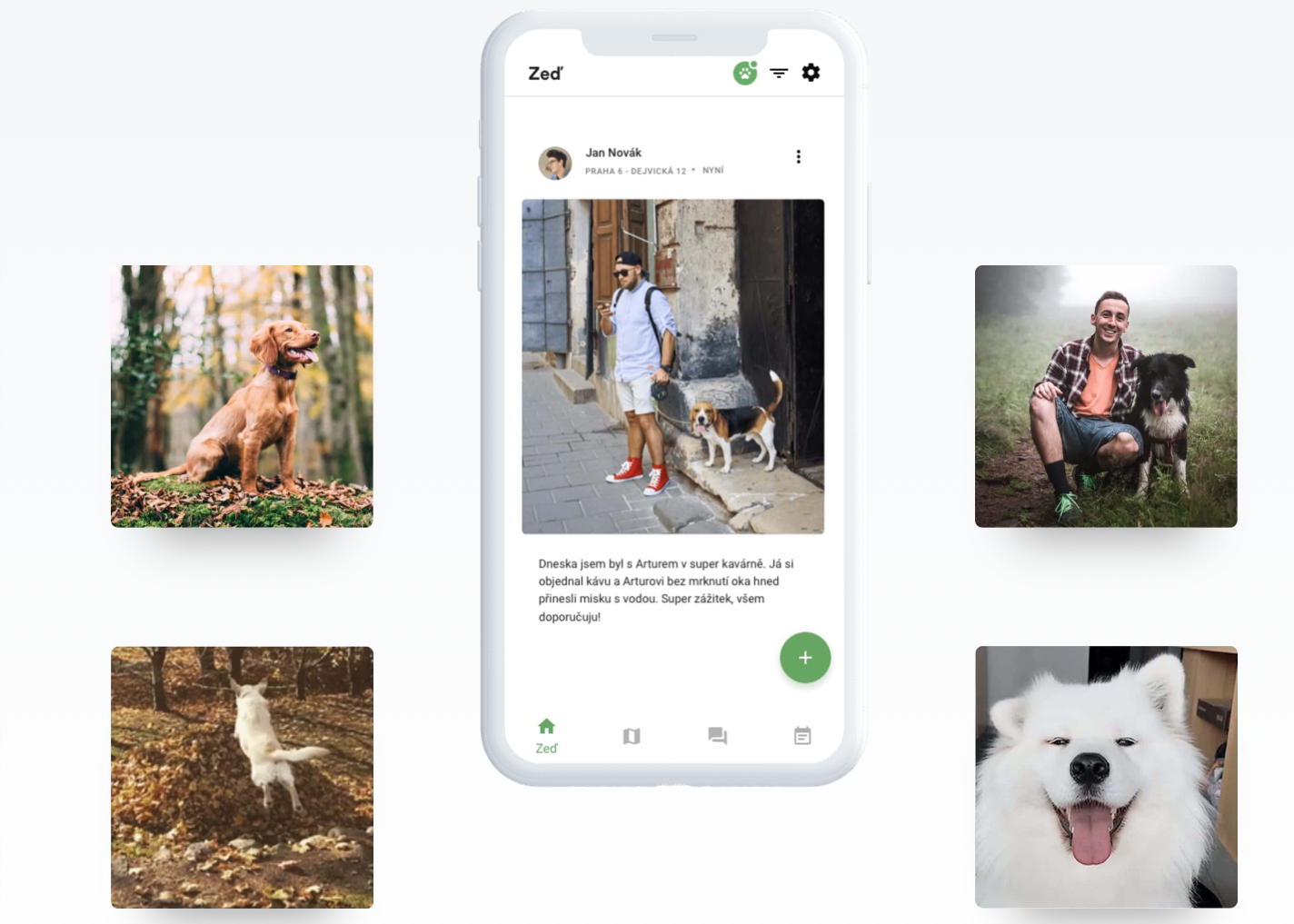 What's ahead of the Fiddo project?

We are on the same side with the client and because it is a new app, we listen to clients and users. Talking with the app's users is always essential for app development and has brought us valuable information. For example, people want to have more dogs they own in the app. Doing that for the users is pleasure for us.

Modification of the user interface is another thing that will happen in the app's future. Fiddo TV stream, educational articles for all dog owners and charity projects, dating …

In short, there is a lot to look forward to, whether from a user's or our own perspective (we are looking forward to new challenges), Download the app or watch @synetech on social networks and you won't miss anything.

In a nutshell, what challenges we have faced?

If you are thinking about your own app, or just need to consult your idea, feel free to contact [info@synetech.cz] or explore our website to learn how much the mobile app costs or when a mobile application makes sense for your project.