iOS vs. Android: Basic facts and the differences in application development

iOS vs. Android. Who uses what? Where is it headed? And how is the development of mobile applications different for both operating systems? Read more. It is said that there are more telephones on Earth than humans. How does the world of mobile devices really look? Do you know what percentage of the population owns an iPhone compared with Android smartphones, and why? What are the advantages and disadvantages of each platform? When is it good to develop a "native" application and why? On the other hand, when is it appropriate to develop multi-platform?

The price of phones is in Android's favour

If we were to announce a competition based on the sheer number of users, then Android is clearly leading. 75% of the world's population uses Android phones. In South America it is up to 89% and in the Czech Republic, about 80%.

It is clear that the lower price of Android phones plays an important role in these numbers. After all, you can buy many models for a third of the price of an iPhone.Statistics show that the target group of iOS devices is the wealthier and more educated sections of the population from North America and Western Europe. How does iOS and Android development differ?

Development-wise Android is open to almost everything. During development, you will encounter a smaller number of restrictions and rules. In terms of creativity and flexibility it’s great, they do not set limits, and therefore allow your developer soul more freedom. Of course, there are " best practices" and "design guidelines" that should be followed, but they can usually be bypassed if necessary.

In comparison we have what Apple stands for, clear rules. If you are developing applications for iOS, your imagination will not be allowed to run wild and you will not invent a plethora of new functions and elements. Apple simply doesn't let you. It will take you by the hand and will not let you go beyond the clearly defined boundaries. However, the result will be a clean, functional and minimalist design the same on all devices. The controls work the same everywhere, you won't see ads in most applications, making the whole system more stable and secure. Problems can only arise during the approval of the application.

Another field where iOS and Android go head to head is during the approval process. While Android validates applications automatically and within a few hours , iOS takes a lot more time. The application is always checked by an Apple specialist, and developers must follow up on their comments. In addition, it is passed on by various review teams, so a correction made because of the comment of one specialist may end up being checked again by another team finding different errors.

While Apple's approval process sometimes breaks down the schedules planned by developers, it is a guarantee that all applications that make it through will be of the highest possible quality. Android’s testing system is definitely weaker in this case. There is a risk that testing will not detect all errors, the user experience will deteriorate and the application will fail. Paradoxically it can be seen currently with the pandemic, when Google Play did not allow the word covid or coronavirus to be anywhere, including even the description of the application. As a real world example, this complicated the update of our application for the Freedom Festival, which had information in the description that the event was canceled due to the covid situation. 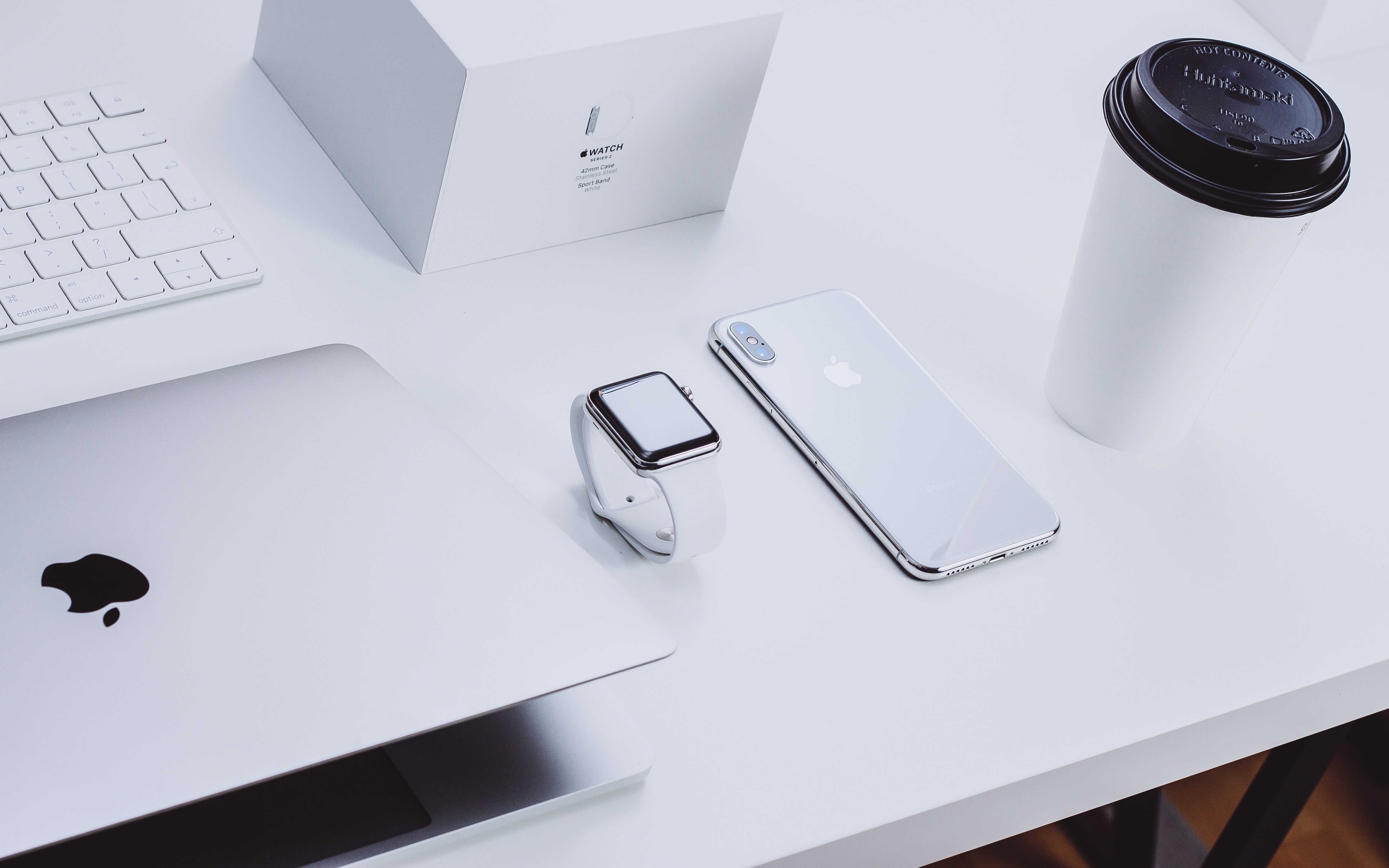 It is obvious that Android and iOS are two different worlds. iOS represents high quality minimalist applications, Android wants to give its users more freedom and more creativity. That is why we support native development at SYNETECH. To put it bluntly, both of these platforms do not synergise well with hybrid development, where we only create one code, that is then adapted to the different devices. Each operating system has its limits and options. If we want to create quality and secure applications, it is appropriate to develop them directly on the platform, especially if the application needs to be more interesting in terms of animations, functions or technologies.

Of course, we know that for some projects, it makes sense to use cross-platform development, sometimes it cannot be avoided (for example, application programs depicting festivals etc.). Likewise, we understand that the development of native applications is expensive, and therefore we reduce the price of application development in other ways, such as the pre-built functions in our base app. 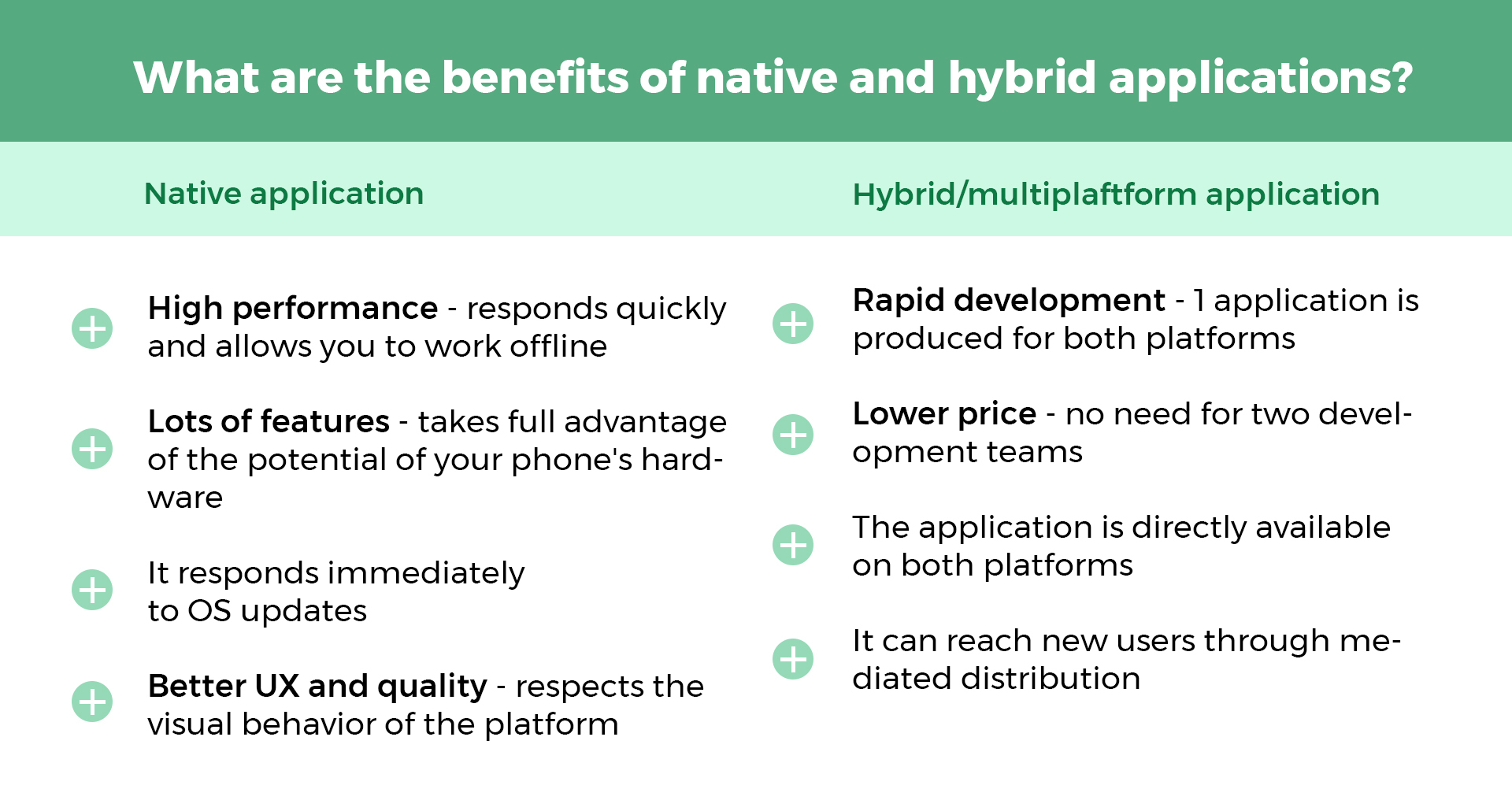 Whether Android or iOS, both platforms are interesting and have their target audiences and loyal users. Although Android is the most widespread, some of its features would probably never be interesting to an iPhone lover, on the other hand, an Android owner, might not see any reason to spend on expensive Apple products . Therefore, it is good to take this basic data into account when developing applications. It is important to think about which clientele you want to develop the application for and how. We write more about it, here is an article we wrote previously on the Development of mobile applications.

Are you thinking about developing a mobile application? Feel free to contact us, we are happy to discuss all projects big and small.