The most known student project

We guess everybody knows or at least heard about ISIC (they have been on the market for almost 70 years) and their UNESCO-endorsed international student identity cards (issued to millions of students every year in over 130 countries). They had an obsolete app that was originally made in India a couple of years ago. ISIC needed to refresh the app design to keep up with high student expectations, as well as refactor the code to raise the sustainability and scalability of the project. Even though ISIC is mostly known for its plastic green cards, it has already shifted to digital-only cards (as a part of its digital transformation strategy in many countries).

The digital card can have more than just two “sides”, which is impossible in the real world, but pretty easy in the virtual one. The new ISIC mobile app with the digital card is an important step to increasing the number of valid cardholders worldwide and stay relevant in the student segment. We were asked by Orchitech, which is a member of ASWA, to help redesign a new version of the app. Redesign of the previous app

The previous version of the app had a lower ranking in the stores and made an impression of being obsolete . Our goal was to refresh the UI to have a modern look and enhance the UX level for users.

Users can prove their student status by displaying all “pages” of digital cards. Users' personal data and card numbers can be found on the card together with the card validity. The app includes security elements like the animated hologram, running timestamp, QR code for verification or the prevention of screenshot to provide the necessary level of security and credibility.

The application contains a map, where you can find merchants capable of providing users various discounts or benefits. It goes without saying that we have to implement some grouping of the POIs, so the map will maintain its clarity. After finding a suitable item, it is possible to display a code for a scanner, which will confirm that you have received your deal.

ISIC is not the only card type that is supported by the project. There are also ITYC for youth and ITIC for teachers which are not that well known. A cool feature is that the design of the app adapts its branding based on the card the user has.

We completely redesigned the UI of the ISIC app and created new source codes that respond with the highest standards and current trends.

The main goal of the app is to let users verify their student status with the digital card in the ISIC app. That corresponds with the requirement to support offline mode to be capable of showing a personalised digital student card, even if the user doesn't have an internet connection and different security elements to prevent counterfeiting.

Users can also use the app to redeem thousands of student discounts and get vouchers. If the user doesn't yet have the digital card, they can request it, take a picture of themselves, which is validated using the Vision AI, and after the activation start using their new digital identity. Cards are tracked by their card numbers and expiration date and can have different designs and custom fields depending on the needs of the issuing parter. We have also implemented ISIC SDK that allows easy integration of the digital card into third party applications like university and bank apps to open new co-brand opportunities. 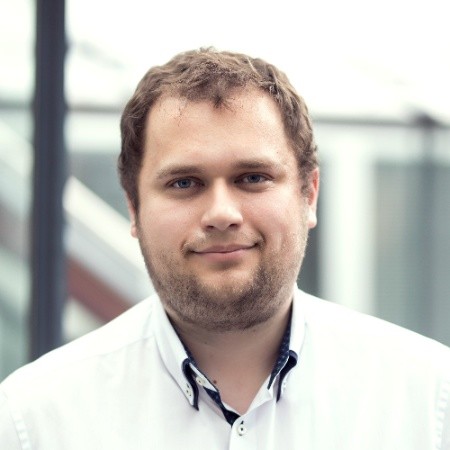 It was a great experience working with MeguMethod, they were able to transform all our ideas into beautiful clickable prototype that we could verify with users before the actual development. The delivered app has met all our expectations and I look forward to upcoming exciting developments we have on our roadmap.