WWDC - The Best Conference of My Life If you follow our social networks on a regular basis, you certainly didn’t miss that I was in San Jose at the famous WWDC conference. First, it is necessary to keep an overview of the current trends. Second, it is a truly amazing experience, which I recommend to all developers. Reports and my impressions can be found on Letem Světem Applem or CzechCrunch, but it would be a pity not to focus on WWDC a little more in detail — from a developer’s perspective.

The whole world is primarily focused on the introductory Keynote and the introduction of new innovations, but if you are on the spot, you can enjoy the so-called Labs, where everything is explained and presented by an Apple engineer, and also the lectures. These are all streamed (except for three secret ones) and can be played back afterwards. And so as the definitive dot after WWDC, I’ve decided to create a summary for you of those lectures that are especially worth watching.

And there is a lot to watch. This year’s WWDC was perhaps the best ever, and it is close to the one, when Apple introduced Swift. Unfortunately, most of the revealed stuff is only for iOS 13. This means that for companies supporting older systems, these innovations will reach theirs production environments at earliest next year. This concerns mainly SwiftUI, which can’t be used for iOS 12… Even so, I think it is important to know about these things and be prepared for their arrival. 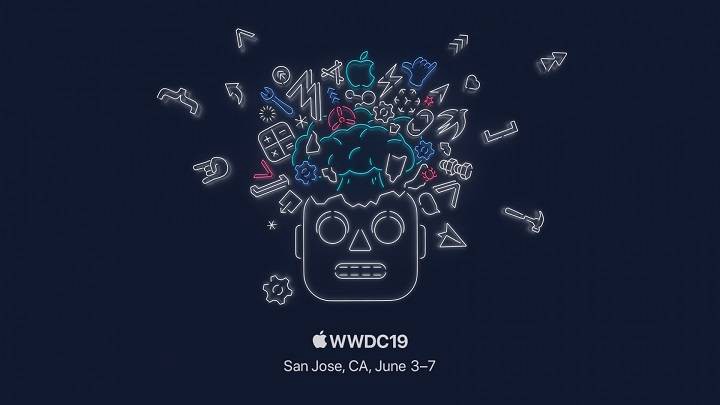 What definitely not to miss?

For developers, I strongly recommend, besides Keynote, to watch the Platforms State of the Union video (Platforms State of the Union — WWDC 2019 — Videos — Apple Developer), which discusses the things introduced in Keynote a little more in detail and gives a more detailed overview. Then you can go directly to the topics you are interested in — a summary page is available at WWDC 2019 — Videos — Apple Developer, but in my opinion you should definitely not miss the SwiftUI “saga”. This is a brand new framework that has been introduced this year and there is a lot of lectures on it. It brings some major changes in how UI is developed and also to the application architecture that Apple is pushing. The only pity is that this will get to production applications, that won’t cut off users with older iOS, in a year or two…

Other lectures, that I attended and that got my interest, were Introducing Sign In With Apple. This is an interesting technology that is likely to change the way we sign in to apps.

Other lectures, that I attended and that got my interest, were Introducing Sign In With Apple. This is an interesting technology that is likely to change the way we sign in to apps.

Last but not least, I was very surprised by the application start optimisation lecture, which was almost at the end of WWDC and therefore I did not expect much from it… But the opposite was true. The lecture was on the problems that most applications suffer. and suggestions for simple solutions to speeding the loading up, plus a way to measure everything. I really highly recommend this lecture!

Here I would like to recommend a few lectures that focus on augmented reality. As we can see, Apple is really serious about it, and during WWDC a lot of attention was paid to it, not only during lectures. For example, a game called Swift Strike (Bowling with iPad and big ball) was really great. Or while introducing the new Mac Pro it was possible to “decompose” it in AR and take a look on it in detail.

Apple introduced an absolutely amazing tool called RealityComposer, which allows anyone to create complex scenes with actions, animations and many objects in AR using iPad and Mac. Everything is absolutely simple and there is no need to code anything.

And if you’re a toy-lover, be sure to check out the lecture where Apple described how to use CoreML and ARKit to create an absolutely simple game where dice are rolled and their values are added up.

Finally, I would like to mention a few sessions that deal with UX / UI. The first is a review of how to better use CollectionViews and what Apple has given us to make it even easier to integrate them (unless we jump straight into SwiftUI).

Apple also introduced a set of icons / symbols that are recommended to be used in iOS applications, as they will always look beautiful everywhere, plus they can scale along with text, contributing to a better UX.

And we are almost at the end of the lectures and the article as well. In practice, this means a session about Dark Mode.

Even if someone might have a suspicion that it won’t be so important, the opposite is true. I believe that applications, that won’t prepare for it and won’t support it, will lose user interest and it may be a key issue that we all have to deal with this fall. No one wants a single glowing white app when everything else is dark…Designing Award Winning Apps and Games — WWDC 2019 — Videos — Apple Developer

And at the very end a little lightweight topic. After taking all those knowledge sharing lectures, check a playful one on how the apps, that received the Apple Design Award, are being created. Note that most of the apps that received this prize are only on iOS and not on Android. It that an accident? I do not think so :)