What is it like to develop a global application for sales with thousands of products?

What's specific about a global mobile app development? What would we advise a company that considers global e-commerce app? Oriflame Sweden has been on the market for over 60 years, and for at least a third of that time, it develops its own worldwide product sales software. When they wanted to adapt their platform for mobile phones and tablets because of the growing worldwide popularity of using mobile devices, they approached our studio.

This has resulted in five years of lasting collaboration. We take care of an application through which Oriflame sells over 2,000 products in each of the over 60 markets. It is used by millions of users every month and Oriflame makes millions of euros through it every month.

If you are interested in this topic, but you want to go through it quickly and clearly, you can find everything important on our case study.

For the rest of you, we've gone into a little more detail. Among other things, you'll find out: The application must not crash!

The application generates one third of our client's turnover, so every crash and instability of the app causes a missed opportunity. We are well aware of that.

And because in many countries Oriflame consultants do not own a computer and have our application as the only source of revenue and rely on it, so we must be reliable as well.

In practice, the operation of the app works by retrieving data from the Oriflame website’s backend on which we depend. Thus the most contributing to the overall stability of the Oriflame software is Oriflame itself and its solutions and servers. However, it often happens that if there is any hitch on the server, it is our platform that reports the bug first, so we need to work with the client very quickly to fix not only the app bug, but also the backend.

And how fast do we react?

On an ordinary day within 20 minutes, outside working hours of ordinary mortals we solve things according to priorities, but within an hour at maximum.

Obvious but important pitfalls associated with creating such applications is of course its international aspect..

Also, different time zones are another challenge associated with functioning across the planet - for example, in local projects, you can go to bed or update the application content between 2-4 AM. But for a global project, you do not have such a privilege. For example in Latin America the highest traffic is around 4 AM. Updates must be handled according to time zones of individual markets and servers, so our support must be literally 24/7.

The app’s stability and functionality goes hand in hand with testing. Here we want to pay tribute to our team of testers, who simply don't stop before releasing new versions. They must test on an immense number of devices and configurations what unpredictable might happen during the app's development.

A global application also brings the need for testing on variety of devices that our users or developers won't encounter at all. So, for example, we had imported some phones from China and we are using them for testing, in order to be close to our target group as much as possible.

The new features go out planned and in stages

For the users, the worst thing that can happen is when they cannot log in to the app. So before releasing, we test each region separately. This is a huge amount of work, but it has to be taken into account when developing applications at the global level.

Or to continue with automation as we plan to do so in the future. And when the application is tested, the release follows - here we learned to do it in the so-called phased updates, when 10% of users download it and if the application is without problems, we release it for another 20%. In short, with little steps towards a great app.

Was it right that Oriflame decided to have a mobile app in addition to the e-shop?

We dare to say yes.

For the Asian market, the application was definitely a necessity, because the vast majority of Internet users are on mobile devices (many of them don't even have a computer), and so are the African markets.

The mobile app generates about one-third of the company turnover, the numbers continue to grow and the trend is becoming clear. When we sum up the users using the app and a mobile browser, their number is already higher than those using a computer.

Moreover, the fact is that mobile shopping rise globally in general. That is no surprise, because payment is simple and the environment is user-friendly…

In short, a mobile application is an interesting way for an e-commerce platforms, but there are some things to keep in mind. 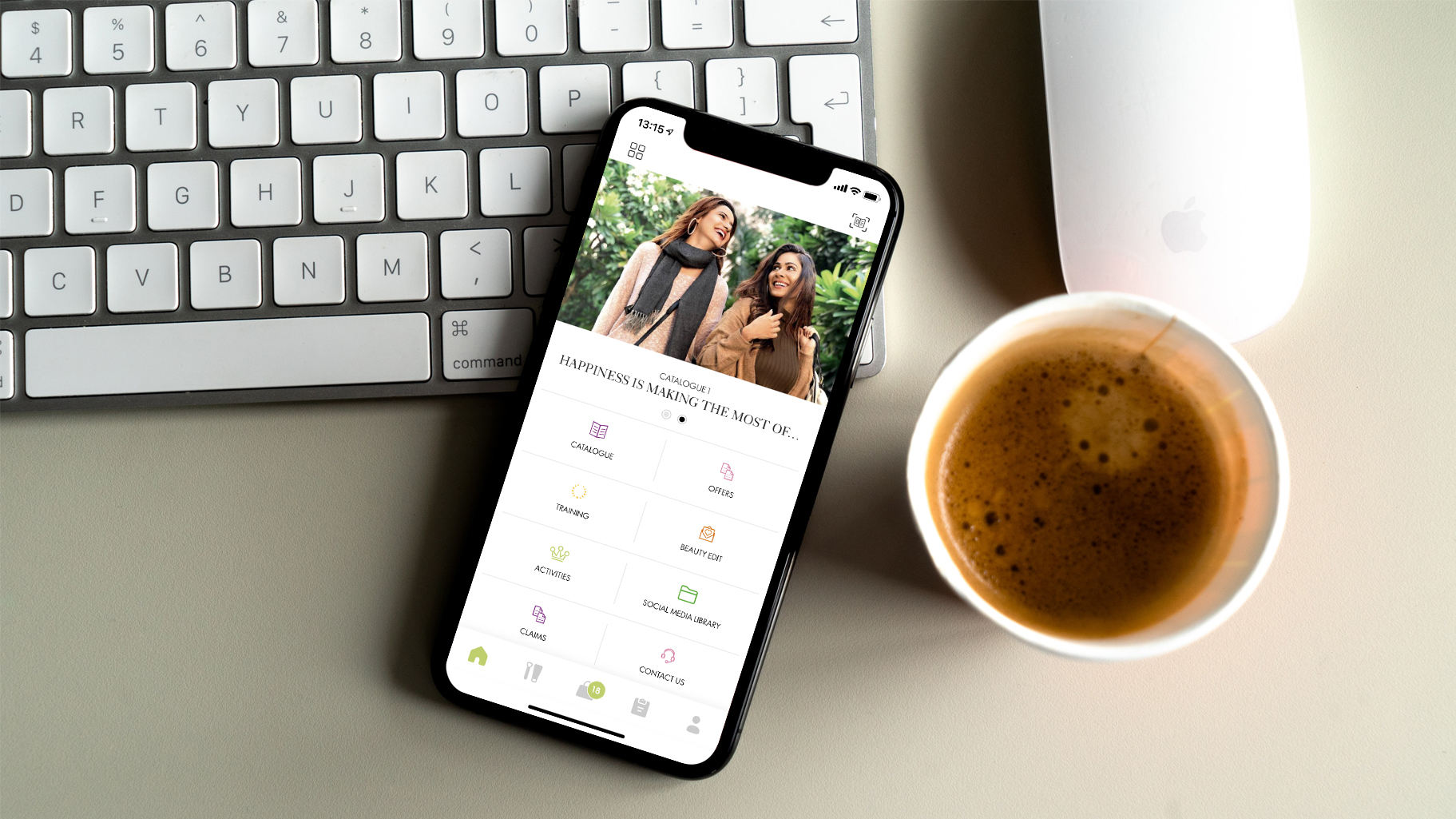 Do you want or need a global e-commerce app?

We will ask you why

We are always interested in the client's motivation as to why he / she wants a mobile application and what the reasons are.

One of the main ones may be the desire to improve the User Experience when making purchases on mobile - if this hypothesis is supported by numbers, for example, that the website is mostly visited using a mobile phone, it is certainly a valid argument and we will be happy to start programming. On the other hand, because we want to be a partner for the client, if the application is not needed, we don't even recommend it.

We will talk about your expectations

At the beginning, it is certainly important to explain the intention, the business model, to introduce us to the individual priorities and to reflect on the different markets' specifics (Europe vs. Asia). Then, we align what is expected from the application together.

It is good to start with less functions

Consequently, it is important to ensure appropriate app's "rollout" to individual countries. Whether it is a gradual rollout or a test run in some of the test markets. For such large projects, it is essential to communicate with individual markets as well as gathering feedback on what is crucial for the users and to prioritize their needs accordingly.

Globally, mobile shopping is on the rise. Paying is simple, you have a big screen so being a part of a cell phone can work really well.

Another increasingly more visible phenomenon is augmented reality. Thanks to it you can try how your new watch will fit on your hands, sneakers on your feet, how you will look with a new hair color or maybe with another lipstick.

The icing on the app: augmented reality named SYNEVISION

Our augmented reality algorithm is called SYNEVISION and was originally an assistant to simplify catalog purchases. You no longer need a QR code, just point your phone at a product, and our AR assistant instantly redirects you to the shopping cart.

Prior to SYNEVISION, Oriflame's consultants copied long number series into order forms, and by releasing it we saved really boring hours of work. 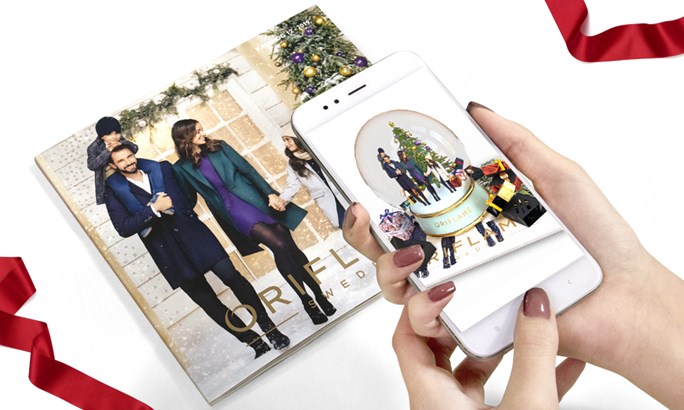 We see the usage of our augmented reality in many sectors:

Augmented reality can also work great (and it did for example at the 17th November celebrations) as a guide not only in exhibitions, but at all possible cultural and sports events.

A 3D object can ascend from catalogs and you can take a better look at it.

There is a lot of usage options. Nowadays, a huge number of companies are interested in augmented reality and Oriflame is one of them. You can be the next one and gain a competitive advantage in the form of a wow effect or user's life simplification.

To learn more about our collaboration with Oriflame, visit our case study.

Do you also want a mobile app?

Do you need to consult business ideas?

Do you see the potential for augmented reality in your business?