What does augmented reality (AR) bring? A revolution in e-commerce, marketing and much more

Augmented reality has never been more accessible - the usage of AR technology is no longer just the prerogative of a few global Brands. Find out more about what AR can bring to your business. Do you need unique branding or do you want more conversions in e-commerce? Explore the biggest trend of 2020, augmented reality. It will massively expand your business.

What are we talking about?

The public often confuses augmented and virtual reality, but there is a massive difference.

Virtual reality changes your entire reality, but you need a special helmet or goggles. Thanks to VR, you are able to be immersed in a simulated virtual environment with the ability to interact with it.

Augmented reality (AR) adds digital elements to the real world through the camera on a smartphone - this includes graphics, texts, links, videos etc. No special tools are needed - no glasses, no helmet. Augmented reality can be experienced by anyone who owns a smartphone.

Why do we call augmented reality a revolutionary element for business?

It is its availability and wow effect that create such a combination of factors that can't be matched by a classic video.

The numbers speak for themselves. At least in terms of AR and e-commerce.

The viewer stays connected and views the product twice as long through augmented reality.

Vogue and Shopify announced during the coronavirus pandemic that conversions in their AR showroom increased by 250% due to augmented reality.

When the customers viewed the product in AR, they could imagine it better and the probability of making a purchase increased by 65%.

It is therefore not surprising that Forbes is optimistic when it expects the entire segment to grow by 78% this year and to be a global market of $ 215 billion next year.

In addition to conversions, augmented reality also brings great brand building potential. People associate the brand with an extraordinary experience and positive emotions and this creates the bond… What is more desirable these days than an astonished and loyal customer?

Augmented reality in the world

Don't be afraid to be playful

Disney offered a more intimate, but no less ingenious use of augmented reality in the creation of coloring books which materialize into 3D when colored.

We see huge potential in the use of augmented reality for education. AR applications will be able to hold children's attention for much longer. In the gaming segment, this technology offers a lot of new potential (Examples include mobile games such as Candy Crush, Clash of Clans or Flappy Bird, which earn their creators tens of thousands of dollars a day. also of note is the game Pokémon Go which implements augmented reality as a feature).

What about having a museum exhibition take place in your living room?

In our opinion, augmented reality is also the way of the future for e-shops and it doesnt stop there.

Are you interested in how a watch or shoes would suit you without trying them on (think how attitudes will change because of the pandemic). Look at your wrist or your feet through the screen of your mobile phone and you will immediately see the product on your body projected in augmented reality.

And the same goes for larger living spaces or furniture. Why not look at how a new IKEA armchair or cabinet would suit your living room?

It works even without the apps

We mentioned that the advantage of augmented reality is the fact that everyone today has a mobile phone with them, thanks to which they can see previously invisible information through the camera. But sometimes it's possible even without phones, as these Pepsi Max and BBC Earth campaigns show.

Even in our region of Europe augmented reality is becoming more available. Our studio SYNETECH is trying to make it more accessible, and that is why we have developed SYNE.VISION.

This is how we created an example of it in our event AppParade and how we implemented it with our application for the Czech Festival Svobody.

We see other potential uses, for example, in the placement of catalogues (such as for Oriflame), manuals, smart buildings, cookbooks, travelogues, museums and galleries or e-shops. In short, with imagination there are no limits to augmented reality.

Augmented reality, are these the applications of tomorrow?

Most modern phones are represented, In other words, phones have never been more prepared to take advantage of augmented reality.

As far as iPhones are concerned, it works perfectly smoothly from iOS 13 onwards and today this system is being used by 77% of owners. After the upcoming 5G revolution, everything will be even faster and more practical. As we previously mentioned, you don't need any glasses or a headset, which is one of the many reasons why virtual reality hasn't become very widespread yet .

In short, why do things need to be complicated and expensive when they can be simple?

A word of warning, all that glitters is not gold in augmented reality, and the current AR tech also brings with it technological limits that need to be kept in mind.

The first problem is the different detection of objects on Android and iOS phones. Android is sometimes unable to detect an object, and glare and light also greatly affect the detection rate. iOS technology is much further along in development, there are fewer types of devices, so AR for iPhone is not as difficult to develop as AR for Android.

Care must also be taken to ensure that people are able to assign the AR app to a given brand. We are well aware of this, so we are able to implement our AR tech - SYNE.VISION both into existing applications and newly created applications for you.

When creating an AR application, it is also essential to know its purpose and how it will help the business. Is it an application that will be part of a broader communication strategy? Or is it the main sales channel (such as the application we developed for Oriflame (LINK)? All of the above points need to be kept in mind so that the AR experience does not become an AR fiasco.

We understand the possible objection that this technology is expensive.

If you hire a developer to start working on it for you from the beginning, it definitely can be, but we are making augmented reality more accessible.

Our augmented reality SYNE.VISION can be both implemented into your existing application and tailored to your needs in a brand new application.

Read about SYNE.VISION and also the fact how augmented reality can help your business more, and then do not hesitate to write to us. And by the way, we also develop "classic" mobile apps, but only ones that make sense . 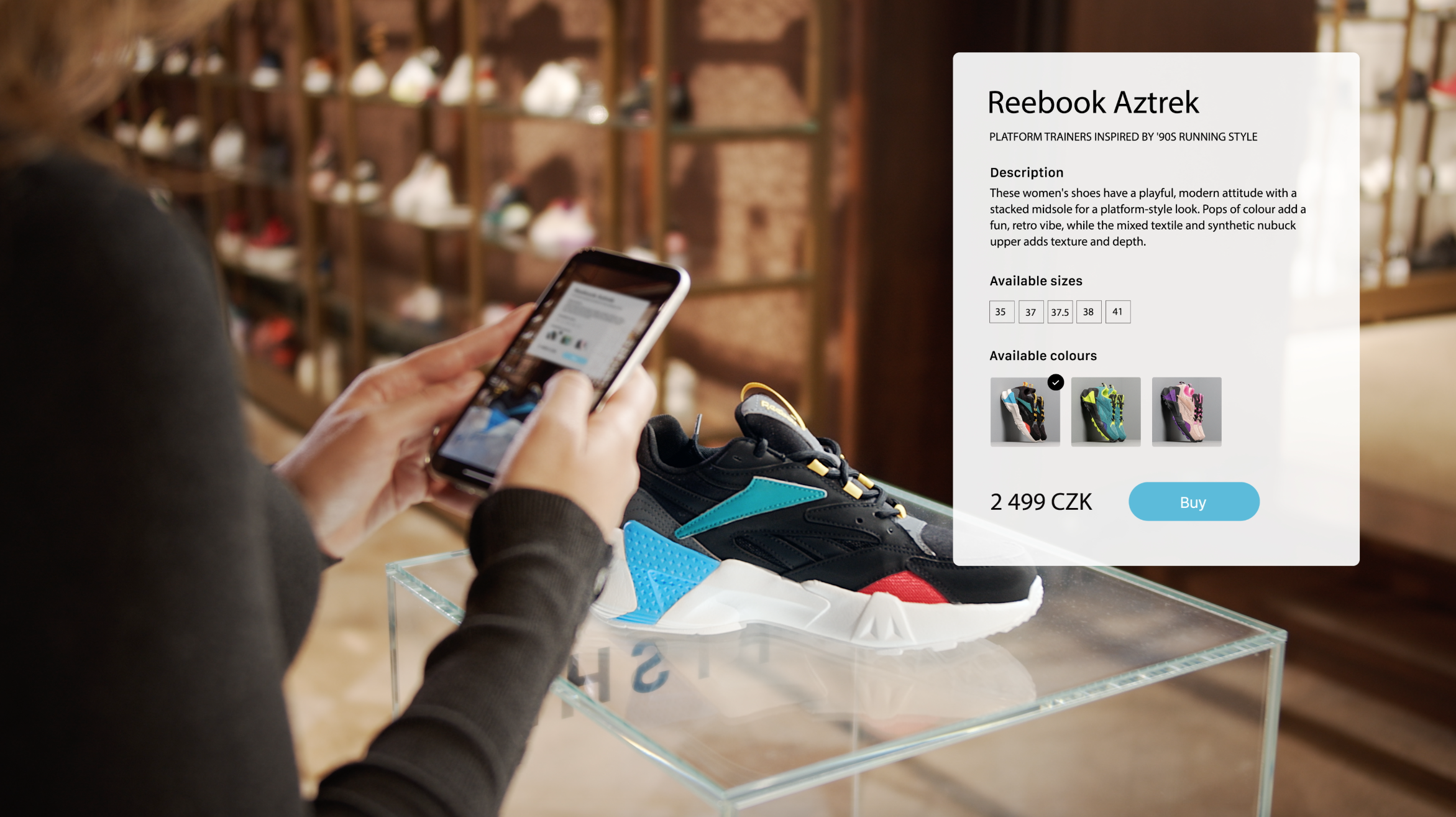